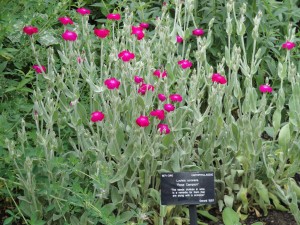 First and foremost I am a homeopath. That means that I consider the whole person; their mental, emotional and physical characteristics, in deciding what remedy will benefit a patient.  As homeopaths however, we recognise that sometimes there may be something in our patient’s lifestyle that may be affecting their health and we need to address that problem alongside homeopathy as until it is dealt with, the patient cannot recover as well or as quickly as they would have done without it. Problems with allergies and intolerances are discussed under a separate health topic (see banner above).

This page on detoxification is of relevance more for example, for situations such as patients who say that they have never been well since a course of antibiotics; or, that their child did not seem the same after he received a course of drugs, or after an illness such as glandular fever,  or it could be that as part of the preparation for getting pregnant we discover from hair analysis that the patient’s  body has been discharging high levels of metals such as lead which could for example be as a result of  old lead water pipes in their house.

The first thing to do usually on the initial consultation is to start with the constitutional remedy to see the patient’s reaction.  We can then consider whether there is anything in their background which may be an obstacle to them getting better.  So an easy example might be a hair analysis showing what the patient’s body has been getting rid of over the last eight weeks.  If the levels of lead (to follow the example above) are higher than are the recommended considered safety levels, we can give remedies to help the body get rid of that substance faster.  This may be by what we call isopathy: giving lead (the same substance) in safe homeopathic dilution to encourage the body to discharge the offending substance, or by homeopathic remedies which we have found encourage the detoxification process.  We would also look for the cause so that cause, in this case the lead pipes, could be removed or water filters that will filter out most of the lead, be fitted.  Dealing with these issues is especially important before trying to get pregnant as studies have shown that high levels of lead in sperm and/or egg can lead to hyperactivity in children.

A more difficult example would be where the cause of the problem is not clear, or where it could be a number of causes.  In this case the homeopath becomes like a detective in trying to work out when the problem(s) may have started, what may have caused it (them) and then dealing with the most likely possible causes one by one. So if say a patients says they have never been well since antibiotics  we may give a general homeopathic clearing remedy, and  perhaps follow it up with the possible offending cause (in this case the antibiotic in homeopathic dilution), using the principles of isopathy as explained earlier.